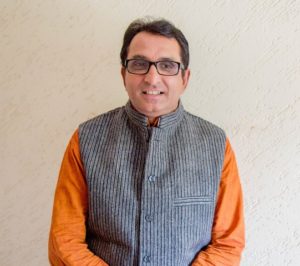 The Performance Note
This performance is based on the works of a noted film and theatre personality from India, Babukodi Venkataramana Karanth (19 September 1929 – 1 September 2002), lovingly called ‘Baba Karanth’ by the theatre fraternity. Throughout his life he was director, actor and musician of modern Indian theatre both in Kannada as well as Hindi, and one of the pioneers of Kannada new wave cinema. He was born in Dakshina Kannada. He was an alumnus of the National School of Drama (1962) and later, its director (1977-1981). He directed many successful plays and award-winning works in Kannada cinema. The Government of India honoured him with the Padma Shri.
To evaluate the contribution of B.V. Karanth is like fathoming the ocean. His contribution to theatre has been immense, and so has been his theatre-music – Rang Sangeet, a term coined by him and which gave him a landmark identity. It is difficult to say whether his Rang Sangeet was an inspiration that he received from his first guru Gubbi Veeranna who said, ‘Gao to aisa lage samvaad bol rahe ho, aur bolo to aisa jaise ga rahe ho’ (Sing as though delivering a dialogue and speak as if you are singing), or his childhood interaction with Yakshagana. But there is no doubt that Baba Karanth was a maestro who could turn a dry text into a theatrical melody.

We will be showcasing the work done by him at Bharat Bhawan Rangmandal. The songs taken are from the following plays: Skandgupt, Mahanirvaan, Ghashiram Kotwal, Malvikagnimitram, Three Penny Opera, Insaf Ka Ghera, Servant of Two Masters and many more.

The Group
Rangpurva is a highly versatile institution of theatre-music largely rooted in Indian traditions. Established by Amod Bhatt and Subhashree Bhatt in year 2005, Rangpurva has performed in various parts of the country including national and international theatre festivals like Sangeet Natak Akademi Festival, Gubbi Music Festival, Ranga Shankara (Bangalore), Bharat Bhavan Festival (Bhopal) and many more. Rangpurva also conducts theatre music workshops and seminars. It produces its own plays and is committed to promote Indian musical theatre, and to preserve Indian music & cultural heritage.